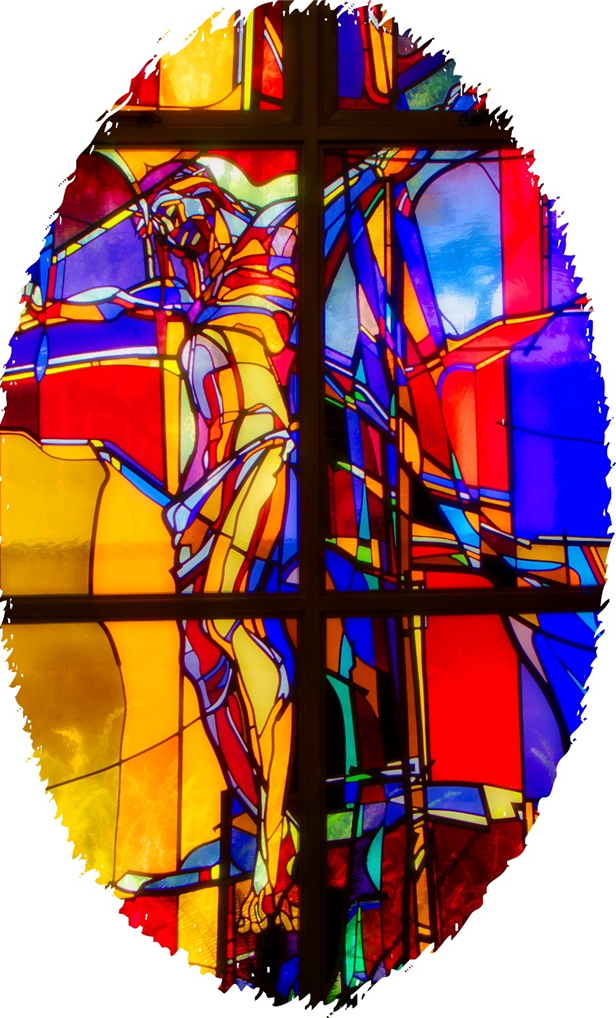 The Blood of the Lamb

Church of the Resurrection

Seated at the Head Table

The remainder of the family (ALL)

Elements of the Meal

The following will be needed and is to be placed on the table ready to celebrate the meal.

Haroseth or Haroses (this is made from grated apple and cinnamon)

A bowl of saltwater

Candles for the lighting of the Festival Lights

For additional reading on the Paschal Meal please refer to:

Annexure B – The background to the Exodus

Annexure C – The Elements of the Meal

One bread, one body, one Lord of all,
one cup of blessing which we bless.
And we, though many,
throughout the earth,
we are one body in this one Lord.

Gentile or Jew, / servant or free,
woman or man, no more.

One bread, one body,
one Lord of all,
one cup of blessing which we bless.
And we, though many,
throughout the earth,
we are one body in this one Lord.

Many the gifts, / many the works,
one in the Lord of all.

One bread, one body,
one Lord of all,
one cup of blessing which we bless.
And we, though many,
throughout the earth,
we are one body in this one Lord.

Grain for the fields, / scattered and grown,
gathered to one, for all.

Closing hymn: “To God be the glory, great things he hath done”

To God be the glory, great things He hath done,

So loved He the world that He gave us His Son,

Who yielded His life our redemption to win,

And opened the life-gate that all may go in.

To every believer the promise of God;

The vilest offender who truly believes,

That moment from Jesus a pardon receives.

And great our rejoicing through Jesus the Son;

But purer, and higher, and greater will be

Our wonder, our rapture when Jesus we see.

There is a simple dance (Hora) in a circle to go with the music for added fun.  Hava Nagila (Hebrew: הבה נגילה, Havah Nagilah, “Let us rejoice”) is a Jewish folk song

God, almighty Father
By whose hand all things are created
All things sustained and
Whose arms protect those he loves.

Lord, you heard the cries of your people, Israel
You saw their oppression at the hand of Pharaoh and
In your compassion, took pity on them,
Promising salvation in a land of holiness.

Your prophet Moses led your people out of Egypt
After initiating the Passover, a memorial of your grace.
At Horeb you established your covenant and
Gave your people your law, binding them to you.

In time you manifested yourself in your Son, our Lord,
Who leads all people, Jew and Gentile, to you.
Through your beloved Son, you initiate a new Passover
That by his body and blood, your avenging angel will pass.

By His death on a cross and resurrection from the
Dark of the tomb, you create a new covenant for all
People and by this, fulfil the laws you passed on through
Moses, your prophet, that we might become one with you.

We give you everlasting thanks and praise, Lord, for your great
Mercy and compassion. All glory be to you, our Heavenly Father and
To your Son, our Saviour and to the Holy Spirit, the giver of life.
Your compassion, mercy and love for your people, are our salvation.

Annexure B: The Background to the Exodus

Israel’s sojourn in Egypt began roughly 1900 years before Christ when Joseph was sold into slavery by his brothers.

Joseph was the son of Jacob by Rachel and is regarded as Jacob’s favourite son; in recognition of which Jacob made him a richly ornamented coat. The legend goes that, his brothers sold Joseph into slavery in Egypt, where he was sold to Potiphar, an officer to Pharaoh.

Jacob was wrongfully accused and was imprisoned. While in prison, the Pharaoh had a strange dream which none of his advisers could interpret. Joseph interpreted the king’s dream and predicted seven years of plenty to be followed by seven years of famine, and by so doing was made grand vizier of Egypt.

It was while vizier that Joseph was reunited with his father and brothers twenty-five years later. Famine had caused Jacob’s sons to travel to Egypt where food was more plentiful.

Eventually, convinced of his brothers’ repentance and overcome with emotion, he finally revealed himself to them, forgave them and sent for Jacob and the entire household to come to Egypt, where they settled in the Land of Goshen.

Moses was born roughly 250 years after the death of Joseph and by this time many Israelites had moved to Egypt to escape the famine; but … they were all subsequently enslaved’.

Fearing that the Israelites would grow in number and overrun his kingdom and perhaps ally with his enemies, Akhenaten worked them ever harder – even trying infanticide so as to keep the population of Hebrews down – it didn’t work. The Israelite nation just grew.

It was into this threat that Moses was born to his Hebrew mother, Jochebed, wife of Amram. When the Pharaoh ordered all newborn Hebrew boys to be killed, Jochebed set him adrift on the Nile in a small craft made of bulrushes coated in pitch.

A daughter of Pharaoh saved the infant Moses from death, finding Moses hidden in the rushes on the banks of the Nile. Moses grew up with the Egyptian royal family and became a prince of Egypt.

Once Moses had grown to adulthood and came to know of his origins, he left the palace. When he one day witnessed an Egyptian mistreating a Hebrew slave – he became angry and killed the Egyptian, hiding his body in the sand. Fearing discovery and the revelation of his Hebrew heritage, Moses fled across the Red Sea to Midian and settled there leading the life of a shepherd.

According to biblical accounts, one day he led his flock to Mount Horeb where he saw a burning bush which was not consumed.

Moses receives his Commission from Yahweh

God, speaking from the bush commissioned Moses as his prophet and the liberator of the people of Israel. God sent Moses back to Egypt to demand the release of the Israelites from slavery.

Despite Moses’ pleading with him and the many plagues which followed, Pharaoh remained intransigent and refused to allow the Israelites to leave. Finally, these calamitous events culminated in the slaying of the Egyptians’ first-born sons; this was the last and most devastating of the plagues.

The Hebrews were to be protected from this calamity by the daubing of lamb’s blood on their door-posts, a sign for the Angel of Death to pass over their homes. Only after the Pharaoh’s own son died in this plague did he finally relent and give permission for the Hebrews to leave.

On the long journey back to the promised land, God established a covenant between Himself and His chosen people. He accomplished this through Moses on Mt. Horeb (or, in Greek, Mt. Sinai)

Annexure C: The Elements of the Meal