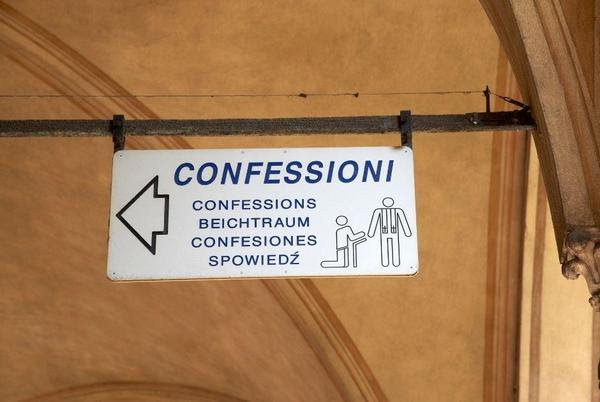 Confession is about much more than sin

Confession is about much more than sin

Recently, a child came to confession. The child, sent by the parent, was visibly anxious and nervous when entering the confessional space. When asked why they looked worried, they responded, saying that their parent had told them they were bad and that God wasn’t happy. They were told they needed to tell God they were wrong and ask forgiveness because God was angry.

This is not the best context for the sacrament and, in many ways, seems to defeat the meaning of the sacrament: an encounter with a loving God. It might be helpful to pause before we make (or administer) the sacrament and reflect on its meaning and value so that we do not lose its richness.

The sacrament, which we now call ‘reconciliation’, has undergone the most changes of all the sacraments over time. The different names for the sacraments in the church’s history reflect something of the way our understanding has developed and evolved.

Though stated as one of the effects of the sacrament, healing is not mentioned in the ritual formula. It seems to focus exclusively on the forgiveness of sin. Often, when we speak about this sacrament, we too tend to focus on forgiveness and sin.

It is helpful to distinguish between the sinful actions we commit and the disorder that gives rise to the actions that require healing.

Eric Jensen SJ suggests that sin cannot only be seen as a thought, word or deed that is morally disordered. It can also arise from a disorder – like toxic shame – that occurs out of a wounding experience. Many of our wounding experiences come from childhood and can be characterised perhaps by the phrase “the message I heard about myself vs the message I should have heard”.

We need forgiveness for sin, but we also need healing for wounds. Sin can so often be cyclical (I do the same thing over and over and wonder why) because we have never dealt with the deeper genesis: the place where the wound is.

This means that, when preparing for the sacrament, we ask ourselves, with God’s help, to look at what lies beneath the sin. It means that confessors need to listen attentively to people who seek the sacrament. The experience of being heard, encouraged, affirmed and understood can also bring a good deal of healing.  Jesus knows the need for forgiveness and healing. He says, “You have been healed, go and sin no more” (John 5:14). So perhaps, this Lent, we are invited to intentionally shift the focus from forgiveness for sin alone to forgiveness and healing.