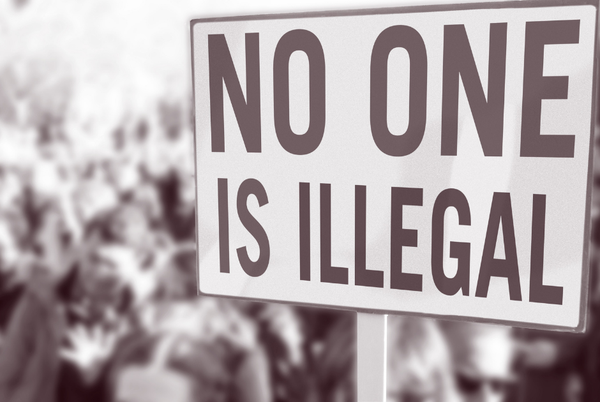 We will be here again and again

by Abigail Dawson of the Jesuit Institute

The first month of 2022 has set the scene for what is to come – the unsurprising but worrying re-emergence of normalised xenophobia across the political elite and communities. This cheap political tactic, used to respond to deepening structural inequalities, ensures quick wins for those who employ these tactics to rally up marginalised people. It is also one employed, sadly, by some exclusive religious leaders and communities.

In just the last 31 days, we have seen the Economic Freedom Front (EFF) discard its progressive Pan-African stance to terrorise non-nationals working in malls. Operation Dudula, a community-led operation to ‘clean up’ Soweto, has been threatening and rallying to remove non-nationals from communities. And the worrying announcement of possible legislative amendments to South Africa’s immigration laws by the Department of Home Affairs. If history is anything to go by, a more restrictive and exclusionary climate will emerge.

It is no surprise that these tactics are used as politicians and community leaders try to maintain legitimacy in a context of growing marginalisation, poverty and unemployment and in camouflaging corruption in a culture of impunity. Ongoing political apathy to redress generational poverty, compounded by the impact of COVID-19, has seen joblessness at its worst on record at over 46%; and the youth unemployment rate, measuring jobseekers between 15 and 24 years old, at a new record high of 66.5%.

The blaming of non-nationals is nothing more than evasion of responsibility and redirection of hatred where inequalities worsen.  The resurgence of these divisive tactics does little for the lived reality of marginalised and disenfranchised people in South Africa.

We will be here again and again until blame and responsibility are laid at the right door. With responsibility comes accountability. Accountability relies on action. The national government must act and ensure a political landscape that responds to the underpinnings of this violence. To adopt and implement policies that guarantee all people’s dignity and livelihoods.

This requires a progressive commitment towards realising a basic income grant and the government’s constitutional obligation to ensure access to social security for all. An enabling environment for recognising informal work as work and supporting the establishment of small and micro-business. And the political landscape to be shaken from its shackles of corruption and impunity and allow young people to take up space in the reimagination of a less unequal and more dignifying life for those who will otherwise continue to live on the margins.