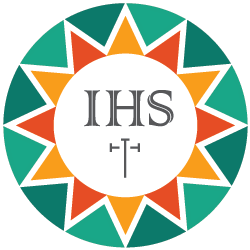 What are we to do in this Christmas holiday season, where social distancing must be foremost to preserve the common good? One thing I recommend is: read. And who better to read than John le Carré, who died aged 89 on 12 December.

Le Carré, born David Cornwell, was a school teacher and sometime MI6 agent who became a fulltime writer following the success of his third novel, The Spy Who Came in from the Cold. From the title, it is clear that he wrote mostly ‘spy’ fiction, what he called ‘the secret world’. But on closer examination, his books constitute an extended meditation on global events of the last sixty years: the Cold War, the clash of ideologies, and the rise of globalization and its many discontents.

But more than that, too, le Carré’s books are about the inner world, the ‘secret world’ of human beings struggling to make sense of their role in that history and, caught up as we all are in it to varying degrees, finding one’s moral compass. We have all found ourselves at times battling with personal moral choices in a context where the work we do and the institutions we belong to seem at odds with our sense of what is right.

Le Carré used the figure of the spy – ordinary men and women, often bureaucrats, rather than the glamourous James Bond – as a kind of modern Everyman (or Everyperson if you wish) thrown into situations beyond their control and struggling to preserve their sense of integrity despite the mess.

This takes the spy novel out of the realm of action-packed fantasy into a new place, that of ethics. Le Carré’s fiction presents us with moral questions and leaves us with no easy answers. That is good. Simplistic thinking characteristic of much popular fiction – clear good guys and bad guys, clear resolutions (often through destroying things), and the required happy ending – is all too often the way we think. Life and le Carré denies this: things are complex, morality is often multiple shades of grey. Despite this, in his books we find characters who though often full of self-doubt – even occasionally naivety – strive to do what is right. Even a sense of purpose that longs for a kind of transcendence.

Though apparently not religious, le Carré was deeply influenced by his tutor at Oxford, the Anglican priest- historian Vivian Green. Indeed, his most famous character, the spy George Smiley, is modelled on him. One might almost see in the struggles of le Carré’s characters an unnamed longing, a God-shaped hole, for meaning, for truth, for peace.

Fans of le Carré – and you now know that I count myself among them – will no doubt start rereading his work this holiday. Those unfamiliar with his work should do so too. In the reading of characters struggling to preserve integrity in a global mess, we may all at this time see in characters like Smiley a kindred spirit.

Rest in Peace, John le Carré. You spoke to the complex truths of our times.