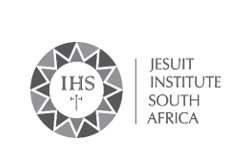 I recently watched the documentary The Social Dilemma, currently showing on Netflix. It is a disturbing exposé of the moral and ethical issues that have arisen from social media. In it, former executives for organizations such as Facebook; Instagram and Twitter, reveal their horror at how we have become unwitting pawns of technological manipulation in the service of the profit interests of a few.

As someone who spends a fair bit of time on both Facebook and Twitter, it was sobering to recognize the degree to which something which can be a powerful tool for connection and ministry is deliberately designed to be addictive. Each user is offered a skewed vision of reality which inevitably fuels polarization and fragmentation in society.

No longer simply a tool, these technologies now deliberately use the psychology of addiction to manipulate and ensnare us. We have become the product sold to advertisers. Through sophisticated artificial intelligence, algorithms predict and subtly change our behaviours. By observing what posts we linger over or ‘like’, they feed us the information and advertising that keeps us engaged and leads us to buy what is advertised.

One of the frightening consequences is that our newsfeed constantly reinforces our beliefs and prejudices making us believe that our worldview is the “truth.” We unknowingly see the world through a distorted lens. This increases the polarization between people with opposing positions.

Teens are especially vulnerable to feedback and not getting ‘likes’. Negative feedback on themselves or their appearance may be devastating – even to the point of suicide.

The Social Dilemma shows how these apps subtly control our lives. The design is such that, whenever we get a notification, our bodies respond with an unpredictable dopamine rush (similar to that of taking cocaine).  The desire for that ‘hit’ of dopamine keeps us going back for more, creating a serious dependency.

Our freedom of choice is constrained in ways we are not conscious of. Tellingly the former executives involved in designing the algorithms were all adamant that they do not allow their children to use social media. They also suggest limiting time on devices and switching off notifications to mitigate the impact.

Among the scariest consequences are election rigging, deliberate destabilization of countries such as happened in Myanmar via Facebook propaganda, and the deliberate leveraging of fake news. Some experts fear that civil wars could be a consequence of the way this technology is used.

St Ignatius teaches us to use all created things in so far as they help us to God and reject them when they get in the way. The unconsciously addictive nature of these tools is eroding our freedom to choose well. Profit has become the centre of our world, not God or the good of humanity. Those interviewed suggest putting pressure on social media companies to operate in ways which do not erode the social fabric of our society. Meantime it’s up to us to be as discerning as we can about where, when and how we use social media.

Is social media a useful tool in my life, or do I allow it to subtly manipulate my decisions?