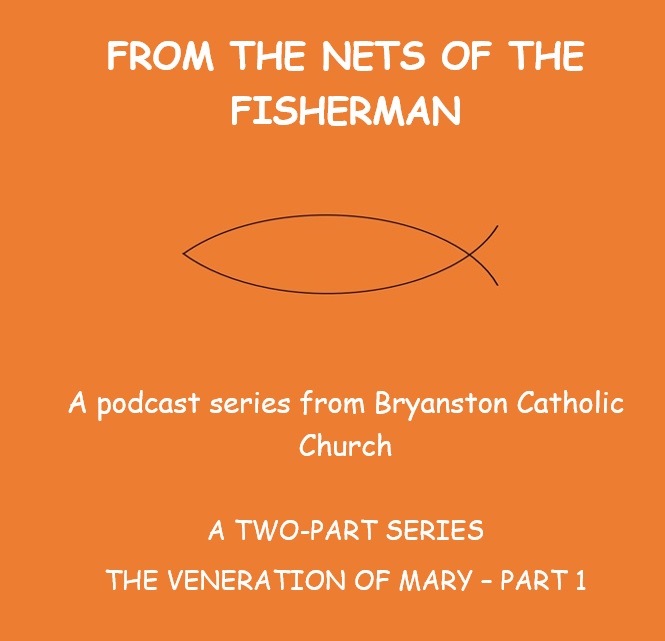 From the Nets of the Fisherman – Part 1

It would be an honest guess to say that as a Catholic you have faced questions from our Protestant brethren regarding veneration. A typical question which I have faced is, ‘Why do you guys worship statues, that’s idolatry?’

I know when I first got asked that question, I floundered a bit because, being a recent convert, I really was not prepared to answer the question for fear of showing my ignorance.

Recently (and still ongoing) I was involved in organising the latest pilgrimage, a journey through Europe following the shrines of our lady – well, as is true for many other events, this became a casualty of the pandemic.

Thinking that this topic might become relevant to the participants, I wrote a couple of articles for the pilgrimage newsletter which I would like to share with you now.

They are entitled ‘The Veneration of Mary the Mother of God’ and are intended to clarify the questions surrounding veneration and idolatry.

The Veneration of Mary the Mother of God (Part 1)

Is veneration a cause for concern?

Not long after I converted to Catholicism (yes I’m a convert!), an Evangelical Protestant colleague at work asked of me:

‘Why do Catholics worship statues?’

‘What?’ was my rather puzzled response!

‘No’, he said ‘we believe that Catholics bow down before statues and worship them, more specifically’ he said ‘statues of Mary the Mother of Jesus’

‘I most certainly do not worship statues or graven images, that would be idolatry!’ I said in a rather indignant manner.

Being a recent convert to Catholicism and not having the depth of knowledge to combat doubt, my mind began to race! I tried to explain to him the difference between worship and veneration, although I do not think that I was entirely convincing!

As we head toward the Pilgrimage of Our Lady in Europe, a journey filled with wonder at the tenderness, love and compassion of our Blessed Mother for the “Poor Banished Children of Eve”, that dialogue from so long ago came back to me – were there still some nagging doubts in my mind?

After all, the first commandment of God states – “You shall have no other gods before me. You shall not make for yourself a graven image…” (Ex.20:2-6) A rather specific and emphatic rule don’t you think and very clear? However, if you don’t try and understand what it means, what it entails then, like our Protestant and Evangelical cousins – you will come to very incorrect and misdirected conclusions!

“All these I will give you, if you will fall down and worship me.” Then Jesus said to him, “Begone, Satan! for it is written, ‘You shall worship the Lord your God and him only shall you serve.'” (Ignatius Press, 2001, pp. Matt. 4:9-10) This verse comes from Matthews Gospel, describing the temptation of Jesus by Satan.

Worship is a nebulous word, meaning simultaneously honour, reverence, great or extravagant respect, devotion – words that can legitimately be used to describe a relationship to anyone. No, to me the relationship between God and His creation (us) and which embraces the first commandment goes way beyond that. My relationship with God is, in a way, linear, single-minded. He and only He is due from me adulation, adoration, obeisance, obedience.

“When I say ‘God’ I confess a constant, unchangeable being, always the same, faithful and just, without any evil. It follows that I must necessarily accept his words and have complete faith in Him and acknowledge His authority. He is almighty, merciful, and infinitely beneficent. Who could not place all hope in Him? Who could not love Him when contemplating the treasures of goodness and love He has poured out on me? Hence the formula God employs in the Scripture at the beginning and end of his commandments: ‘I am the LORD.'” (Catholic Church, 2000, p. CCC. 2086 [adapted])

What, for goodness sake, is latria, I hear you say?

Latria is the adulation, adoration, obeisance, obedience – the type of veneration due to God alone for his supreme holiness and to show people’s complete submission to him. It is essentially adoration. Latria is sacrificial in character and as absolute latria, it is given only to God, as the Trinity, or one of the Divine Persons, Christ as God and as man, the Sacred Heart of Jesus, and the Holy Eucharist. Representations of God as images connected with the Divinity may receive relative latria, which is given not to the symbol but to the Godhead, whom it signifies. (Etym. Greek latreiā, service, worship.) (Trinity Communications., 2019, pp. Catholic Culture.org – Latria)

Latria is derived from the Greek “latraia” which means to worship, and the Greek “latreuein” which means to serve. It means to worship and service and we rightly use it to connote what we owe to God. To know, love and serve God is to worship him and to worship Him is the proper response of the creature towards his Creator. This is the type of worship which God commands we give to Him in that first commandment and so this is what Catholics (and other Christians) do when they give latria to God, and to God alone.

From a general Catholic perspective, we see God as being at the centre of the life of the Christian disciple and of the community of disciples (the Church). At the heart of that spirituality is the worship due to God, a comprehensive and complex term that encompasses both liturgical and non-liturgical prayer. (McBrien, 1994, pp. 1063 – Worship: Liturgy, Prayer, Devotions)

the BCC Podcast next week.